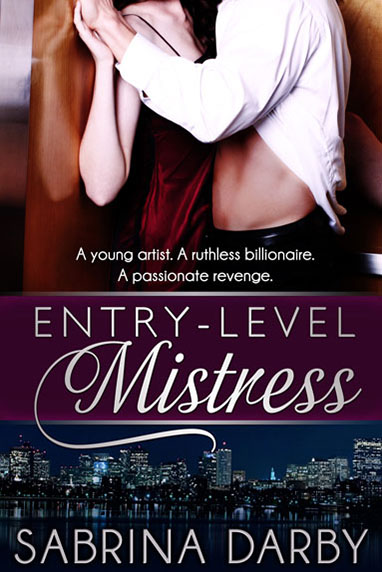 “Emily Anderson, right?”
So he knew my name. Despite the relative ubiquity of Anderson as a last name, surely then, he knew that I was the daughter of his father’s old partner.
I straightened. Turned. Sent him that slanted smile. Up close he was nearly devastating. But he wasn’t smiling back. Maybe that intense expression meant something other than the desire I had read. Maybe I only knew how to read college boys, not mega-wealthy businessmen.
“That’s right,” I said lightly. Took a sip of water while
watching him. “Newest employee at Hartmann Enterprises . . . Mr. Hartmann.”
His lips quirked. I almost held my breath, expecting that brief movement to stretch into his patented smirk, the one that had stared out at me from GQ. For goodness’ sake, he was a celebrity, or at least dated celebrities. And I was talking to him.
“Well, newest employee. I’m on my way out to lunch. Join me.”
I blinked.
He shifted. I could see the outline of muscles under the smooth lines of his pants. I had the brief, clear idea that his body would be long and lean, the sort of body that belonged to a man who was active and athletic but had never tried to bulk up. He was about a decade older than me and yet he was without doubt the most attractive man I’d ever been within five feet of.
He knew my name and he was asking me to lunch. If that didn’t add up to having been made, I didn’t know what did. I wanted to run but I had to brazen this out.
I crossed my arms, affected an air of nonchalance that I didn’t feel at all.
“Do you invite all your newest employees out to lunch?”
“Do you look at all your bosses that way?”
The way I had looked at him? What about the way he
had looked at me?
“You’re my first boss,” I bit back quickly, hoping the heat
I felt didn’t show in my cheeks. How exactly had I looked at him?
“We hired you without a track record?”
I wanted to stamp my feet at how easily he caught me off guard, twisted my words to serve him. Instead, I arched an eyebrow. Tilted my head. “Should I be worried for my job?”
He smirked. I sucked in a breath. The man was wickedly handsome. It wasn’t fair. Especially since I resented him. Hated him. He’d sent my father to jail.
There . . . attraction almost all gone.
“No. I don’t invite all my employees to lunch. But I’m inviting you.”
Almost.