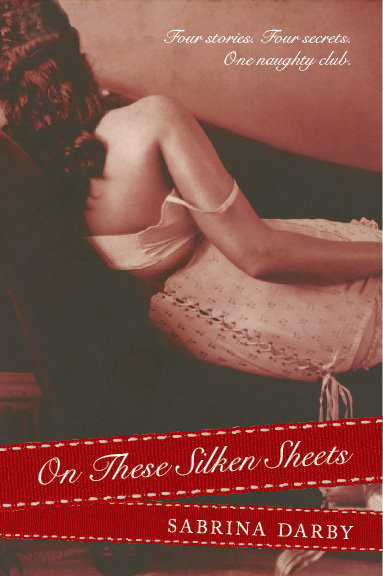 This was the moment. The moment to test him, to see if he really was different from the man she remembered, if his desire for a truce ran deeper than mere words–if his widower status had loosened his iron grip on respectability.
“But in fact, I do have plans this evening. I’m going to Harridan House, to check in, so to speak. Care to join me?”
The genial smile flattened into a thin line and it looked to Diana as if every muscle in his body had gone rigid. Well, almost every muscle.
“Can’t you see that you’re endangering everyone? Yourself, my daughter. The entire family’s reputation?”
There it lay—the shallow worth of his truce. She had known. Why did it hurt?
“We’ve been here before,” she reminded him. “You clearly haven’t changed. I certainly haven’t.”
“I thought perhaps…” he broke off, swallowing hard. “Why do you persist?”
“What, Jason?” Diana stood, planting her feet as she demanded, “what would you have me do?”
“I’d have you shut it down.”
Diana’s laugh was a hollow, mocking imitation of her usual rippling caress.
“Because it offends you? It offends your oh-so-prim and proper morality. What, did you make love to your late wife with all your clothes on, in the dark?” He jumped to his feet, the echo of the drink clattering on the table. “Did she just part her legs and let you do your dirty little work while she thought of taking a bath?”
She’d gone too far. His pale eyes narrowed dangerously and under the finely tailored clothing every muscle of his body clenched with fury.
Diana stepped back, afraid for the first time. She didn’t really know this man for all that they were related by marriage. Perhaps he was violent or beat his wife. A man so insulted was an unpredictable animal.
He stalked her and like prey she wanted to flee. Instead, wide-eyed and frozen, she kept her stance.
“You think because I don’t choose to fuck every man, woman and oddity that comes through those doors that I don’t know how to fuck you?”
He was nearly on top of her now and she could smell the light fragrance of his musky cologne and the deeper, slightly intoxicating male scent that was uniquely his own.
“Diana, if I wanted, I could have you climaxing right here, right now without laying a finger on you.”
It was not what she had expected to hear. Not from him, not from Saint Jason. His words sent a chill over her body. Her nipples puckered to attention, nearly visible over the low neckline of her gown. His eyes were stormy, overwhelmingly intense in their focus on her.
She realized she had misread his intentions. This man did not wish to hit her. He wished something far more violent. For a brief, wildly insane moment, she wanted to know how that would feel inside her, thrusting into her, filling her and making her find the violence of her own emotions as well.
She managed to collect herself.
Coolly, she tilted her head back and looked down the length of her nose at him. “Oh Jason, if I had known all you wanted was to fuck me, I might have let you have your small pleasure and then sent you on your way. You don’t need to torment me to come into my bed.”
“I don’t,” he bit out slowly, each word staccato and harsh, “wish to fuck you.” But he didn’t move and the inch of air between their bodies had become a wall of heat and tension.
Deliberately, she turned around and bent over the side table, leaning on her arms, the movement causing her derriere to press against him. The hard ridge of cock pushing against his trousers gave lie to his words.
“Diana,” he said her name like a warning.
She didn’t stop. She reached back and pulled her dress up till it pooled around her waist and her naked buttocks were only separated from him by the cloth of his pants.
She almost wanted him to call her bluff, to take her up on this. She wanted him with an overwhelming curiosity.
“You can have me Jason, just this once.”