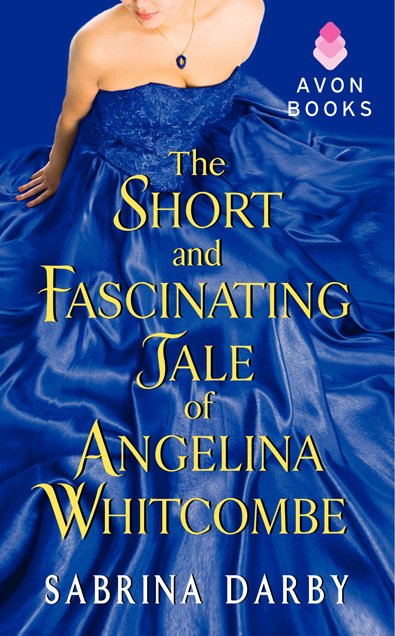 He stepped forward out of the shadows and she gasped at the sight of the jagged scar that cut from cheek to chin, twisting his lips up on one side. There wasn’t anything amused about this man looming over her. Now she’d made the situation worse by staring.
At least that shocking feature confirmed without a doubt that this man, who looked the antithesis of shy and sickly, was the very man she intended to seduce. The way he fairly radiated masculinity, this wouldn’t be hard at all. In fact, it would be her pleasure.
“This is a private residence,” he said, even as he reached his hand out. His large, strong, bare hand that made her wish she wasn’t wearing gloves. She placed her fingers on his palm and used her ballet training to rise to her feet as gracefully as possible.
He had a very warm hand.
When she was standing, looking up into that scowling, smirking face, she didn’t let go.
“Yes,” she purred. “I see. Do you live here … alone?”
He snatched his hand away, stepping back. Looked pointedly toward the front door.
Of course, she couldn’t leave. And now that she’d seen him, she didn’t really want to. What she wanted to do was run her hands over his naked skin, lick the small nipples that dotted the fine smattering of hair down his chest. While sexual relations had mostly been an economic transaction for her, while this, at the heart of it all, would be too, she rather thought she’d want to taste this man even if she weren’t being paid.
Which was stupid. Was the way women like her went from being beloved mistresses of marquesses and earls to roadside whores.
No. She had a job to do.
“I’m in Yorkshire to draw the Dales,” she said into the charged silence. “I’ve stopped at the Golden Lion in the village and they assured me Castle Auldale is as ruined and picturesque as old abandoned castles come. ’Tis a pity I only draw landscapes. You are equally picturesque.”
His eyebrows rose and he crossed his arms, but still he didn’t speak. Just watched her with that expression, which was confused by the perpetual twist of his lips.
“What? Surely you have women fainting in your path wherever you go? You cannot be ignorant of your physical appeal?”
His arms fell back to his sides. He looked deliciously nonplussed. Which meant she had the upper hand. Which meant––he was just where she needed him. Intrigued.
“Who are you?” he said, the words hissing through the air.
“Angelina Whitcombe, and as I said, I’m traveling for the scenery.”
“Traveling alone?”
A prickle of awareness awakened the skin at the back of her neck.
“Yes, in fact, I am.”
His gaze ran down her body, slowly, purposefully, as if he wanted to make certain that she knew exactly what he was looking at.
“A lady never travels alone.”
The best lies were half-truths, so she smiled brilliantly at him.
“Darling, I don’t have much of a reputation left to lose.”